Historic and Antique Homes for Sale in Ma

Massachusetts is, without question, one of America's most historic states. Built along side that rich history are antique homes that still stand today. Many owners list their old New England properties for sale every day. And, you can find them here.

All across Massachusetts are old antique homes. Many have been completely restored or re-purposed. Others could use a bit of TLC. You will find them in Boston, on the North Shore, at Cape Cod, or out west in the Berkshires. 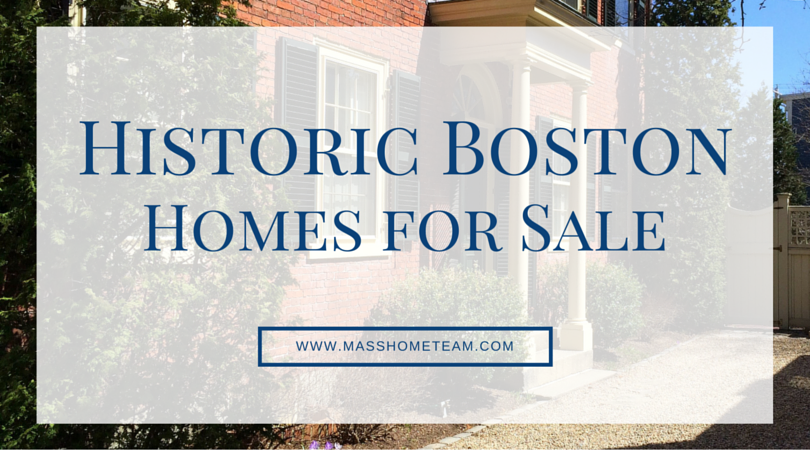 Birthplace of the American Revolution - the "Cradle of Liberty". Site of the Boston Massacre and Boston Tea Party. Home to many iconic figures who laid the foundation of America as we know it today. From Boston Common, and Beacon Hill, to Faneuil Hall and Old North Church - Boston is about as historic as America gets.

Most of Boston's historic homes have been replaced over the years. But, many of the old antique houses created before and during the founding of this nation - like the Paul Revere House - still stand. The oldest have been preserved to share their unique place in history with the world.

Most antique homes you will find for sale in Boston today were built in the 1800's, and occasionally (if you are lucky) built in the 1700's. Historic homes in Boston come in many styles, including Victorian and Colonial. And, of course, the iconic Boston Brownstone. 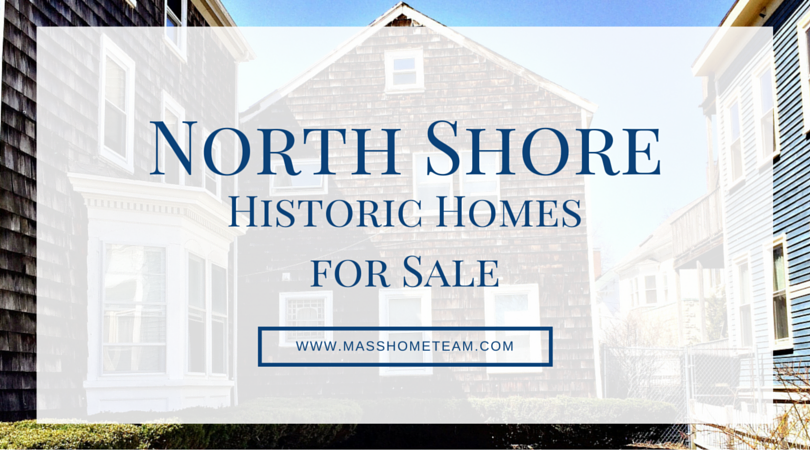 Massachusetts' North Shore is the birthplace of America's Navy, site of the Salem Witch Trials, and home to America's fishing industry. It's lined with old fishing villages and seaside cottages. Much of America's history begins here on the North Shore.

Boston lost many historic homes to commercialization over the years. The Massachusetts coast (and North Shore in particular) was a bit luckier. You can still find many homes built all the way back in the 1600's and dating well into the 1700's.

The North Shore area was established long ago and homes from the 1800's practically seem modern. While many antique homes along the shore have been restored and revamped, quite a few still need major overhauls. These old vintage houses are often sold at much more affordable prices. 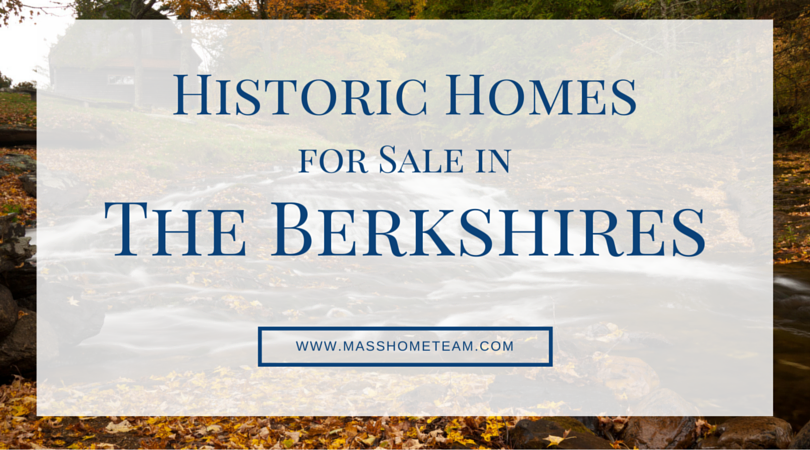 Antique Homes for Sale in the Berkshires

The Berkshires of Western Ma are a rural retreat from the busy cities nearby - Boston and New York City. Its quaint old villages and scenic views read like a storybook from long ago.

Its history dates back several hundred years to the American Revolution. Homes from that period carry far more land than the homes on Massachusetts Coastline. That's a good thing. 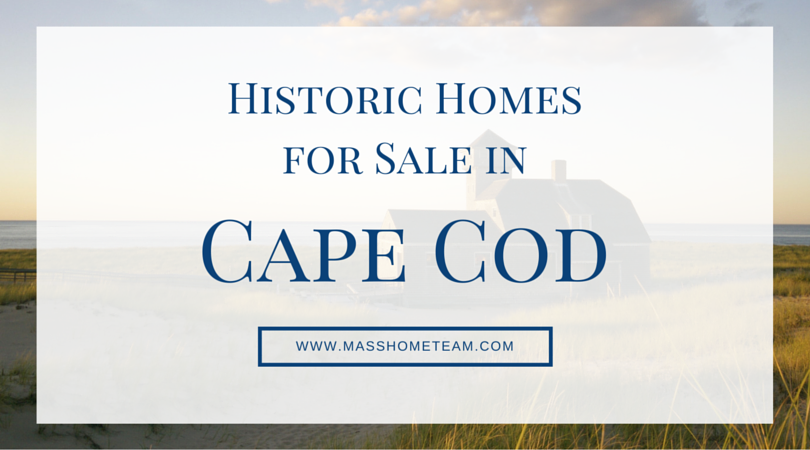 The Cape was crucial to the early settlement of America as we know it today. Settled early in the 1600's, the early Pilgrim people had difficult time developing the peninsula for farming. As a result, many of its towns developed slowly through the 1700's. Finally it became a hub for fishing and whaling in the 1800's.

Today, Cape Cod is a thriving vacation and tourist destination. But, you will still find homes and historic property for sale dating back its earliest settlement. 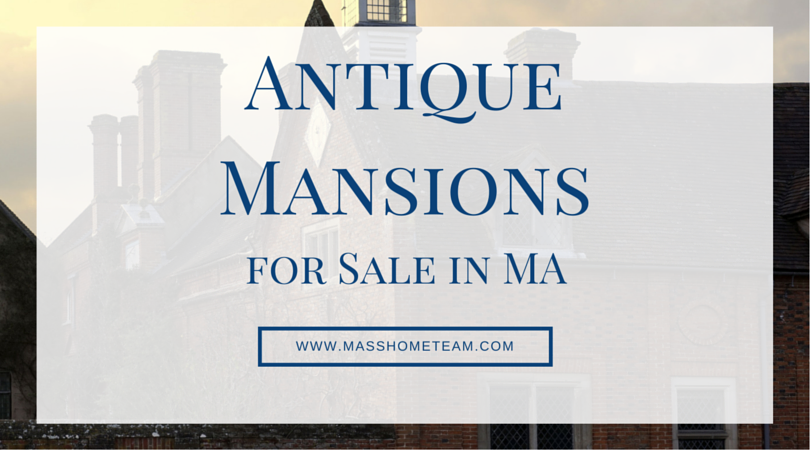 Centuries old houses are almost common in Ma. Imagine finding a massive Victorian mansion for sale - maybe even a castle. They exist in many styles and varieties. You can find them right here.

These beautiful, 7,000 square foot plus drool-worthy homes set the standard. Most luxurious, move-in-ready mansions, these days, start in the millions of dollars - no matter how old. But, you can find one of these historic estates for far less if you are willing to get away from Boston and do a bit of work. 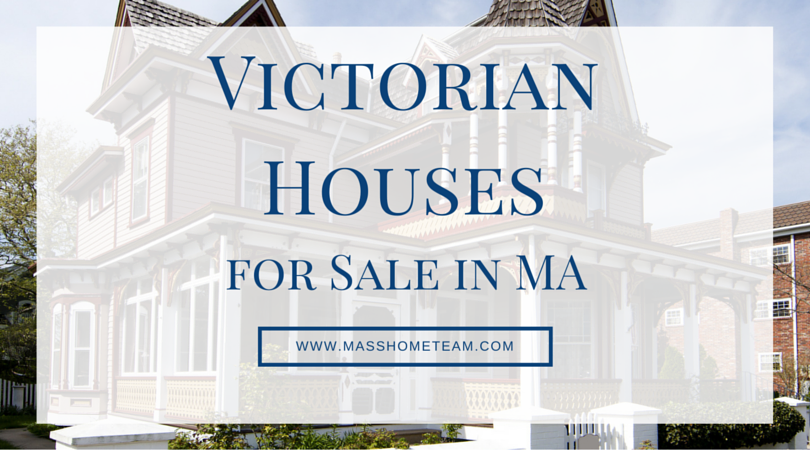 Victorian style houses, dating back to the mid-to-late 19th century "Victorian Era," are well sought after today. An early American revival of the earlier Queen Anne style in England, "Queen Anne Victorian" homes are characterized by their castle-like feel - tall and narrow with ornate decorative trim and multiple high sloping roof-lines. Still there is no shortage of antique homes using this eclectic architectural style in Ma - and its many variations, like Gothic Revival and Italianate style.

Prices can be fairly cheap for a Victorian house (by Massachusetts standards). Sometimes abandoned or neglected, these homes may need a bit of TLC to meet today's expectations. But, they can be worth the effort.

It's not unusual to see a historic Victorian Home selling for well over $1,000,000. Most of these gems can be found in Boston's great neighborhoods, nearby towns like Newton and Lexington, and in prime waterfront spots along the North and South Shore. A well renovated Victorian house in the right location can fetch a very nice price. 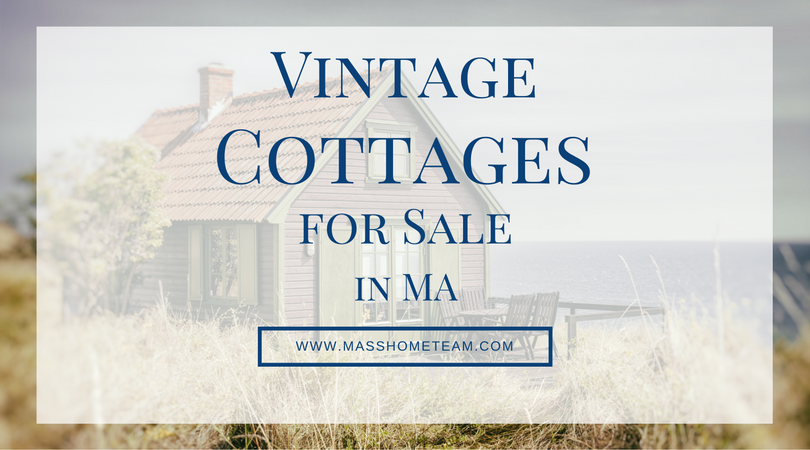 Cottage homes are typically described as small, cute or quaint. Bungalows are even smaller - some might say "tiny", but there is very little difference. The names are mostly inter-changeable. Often close to lakes and beaches, many of these waterfront cottages and bungalows are seasonal vacation escapes.

In the past these small houses had only the bare necessities - lacking plumbing or insulation. Fortunately, most have been updated for full-time, year-round use with modern plumbing and insulation.

Out in Western Massachusetts, one of New England's hidden treasures, you we find small cottages, bungalows and log cabins - many are waterfront lake homes. On the other side of the state, by the ocean, you will find adorable beach cottages on Boston's North Shore and South Shore.

Cottage style real estate has a colorful, weathered look to it, with plenty of rustic charm. While the style may be a newer phenomenon, the historic cottages and bungalows of the past are still around with all of their vintage flare.

Farming has been an integral part of Massachusetts culture since the colonization period. Many of the old farms have changed to adapt to modern America, but the original houses still hold their post. Others still serve their original function centuries later.

Click here to see all of the old farmhouses for sale in Ma today. 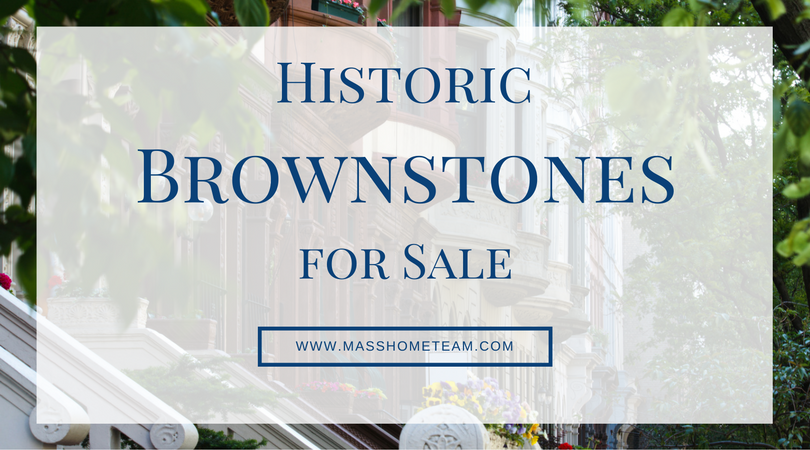 You can't discuss historic homes in Ma without adding the Brownstones in Boston.

The name comes from the rusty brown rock settlers used in building these homes. Originally used because it was easier to work with than granite, brownstone has become iconic to Boston's historic architectural style.

Today it is the standard for luxury living in Boston - and Boston's Back Bay in particular.

9 State Street ,often referred to as "The Oakum Bay Building", consisted of a combination of one bedroom and studio rental units plus the offices , workshops, and the th...

Original home built in 1680 in Halifax. It was then moved to the current site in East Bridgewater and rebuilt in 1802 by David French. Original features adding nostalgic ...